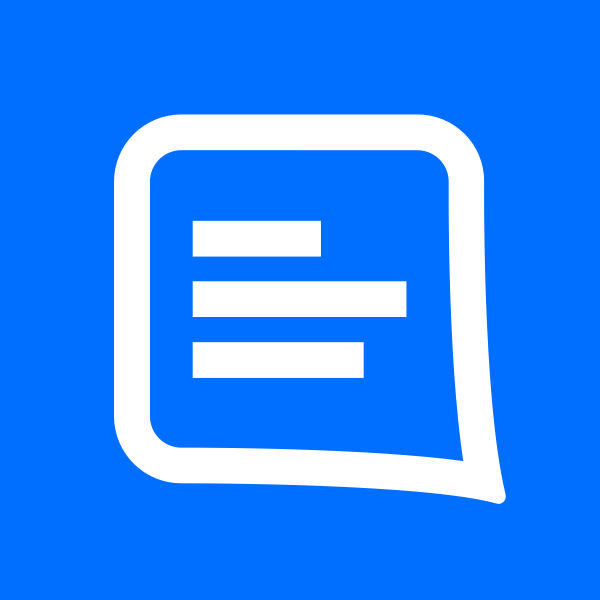 If I accidentally resolve a comment, there is no way to 'undo' this.

Thanks to everyone for your input on this. As a first step, we're going to be adding an 'undo' feature when resolving a conversation. Resolving a conversation accidentally will no longer instantly send them to the abyss. Instead, you'll get a few seconds to undo and keep them on the item.

Why are we taking this approach? Well, unresolving conversations brings with it some very complicated logic around what happens to those conversations. In the majority of instances, the content on which a comment was made no longer exists, so there wouldn't be anywhere for that conversation to be restored to. We're currently looking into various avenues which could potentially solve this issue, but in the meantime we hope this undo feature will prevent any future headaches.

See the attached screenshot for what to expect. Thanks! 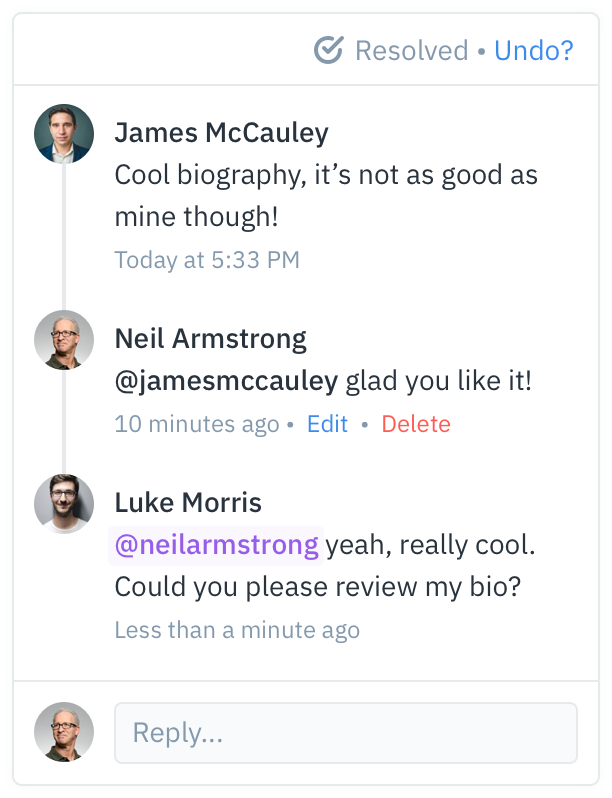 Reactivate previously resolved comments, either by CTA or by adding to the thread.

Yes please! Otherwise now I have to start a new comment trail elsewhere, and explain to the client that this was in response to your comment on x,y,z. Which just makes it even more confusing for the client to follow.

@Melanie Helgerson: YES! This has been so frustrating!